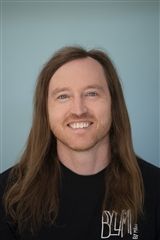 
I grew up in rural Iowa in a family of teachers, travelers, and musicians. I attended the University of Iowa in Iowa City and graduated in 2007 with a BA in English. My first love is literature. During college I worked for The Arc of Southeast Iowa. I provided respite and supported community living care for friends with disabilities for over 10 years. Summers off were for playing music on tour with my brother.


In 2008 I booked a room at Kopan Monastery, a Tibetan Buddhist monastery just outside Kathmandu, and took training in Buddhist philosophy and meditation. Kopan is a teaching monastery and I volunteered to lead a small group of students in an English conversation group. This was my first experience in the role of a teacher and the experience had a strong effect on me.

When I returned to Iowa City in 2009 I was invited by a co-worker to read a book to her Montessori class at Willowwind School. I had never heard of Montessori, but she was looking for an assistant and thought I would be a good fit. I was so amazed by the teaching philosophy and the classroom that I began training as her assistant. After a year I began my formal Montessori training and took a position as a lead teacher. I taught there for the next 3 years.


I moved to Austin in the summer of 2014. I interviewed at many Montessori schools in Austin, but was instantly drawn to Athena by Lisl’s vision, the incredible campus, and the smiles on the faces of the teachers and students. I knew this was the place for me. I can’t wait to begin my 7th year at Athena!